YOU ARE HERE: HOME - OUR HISTORY 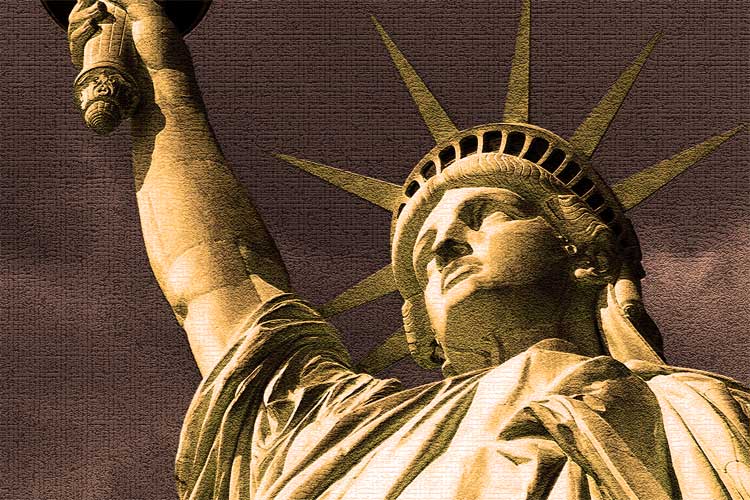 The history of Service Wet Grinding Company is a classic example of a European immigrant coming to America looking for a better life. In 1905, Adriano Ambrosi landed on the shores of the U.S. to earn a living as a knife sharpener. He would push a cart through the streets of Cleveland and call out “moleta.” This Italian term for a knife sharpener has its origins in the Tyrol region, on the Austrian- Italian border. Eventually, war and poor soil left the region with little opportunity.

One valley, the Vale Rendena, created a tradition of knife sharpening for all of Italy. It was the only valley to not come under feudal rule and that spirit of independence created a special cottage industry. In the summer months, the “moletas” would spread throughout the Italian peninsula pushing their carts and calling for knives to be sharpened.

When the region fell under Austrian rule, it became difficult to cross into the lower peninsula, and thus began a migration throughout the world. In all corners of the globe, knife sharpeners have their origins from this small valley in the Alps.

Today there stands a bronze statue of a knife sharpener and his cart in Pinzolo, one of the 12 towns in the Vale Rendena. The statue was made in the 1960’s from the émigrés donations. Many sharpeners return to this valley to retire. The Tyrol region is stunningly beautiful, with the Dolomite Alpine peaks soaring above the forests and waterfalls in the valleys. Vale Rendena has become a popular resort area with expensive villas and World Cup skiing.

Adriano never looked back and his descendants did not return to this valley for 80 years.Adriano established himself in the central Cleveland area. Soon sharpening was done in a large, boxy red horse-drawn wagon which provided shelter from the harsh weather as the sharpening occurred on location, while the customer waited for their knives. For commercial customers, a loaner set of knives was provided while the owner’s knives were sharpened. Adriano and his wife Aldina had four sons and three daughters. Only one son, Charles, took up the trade. 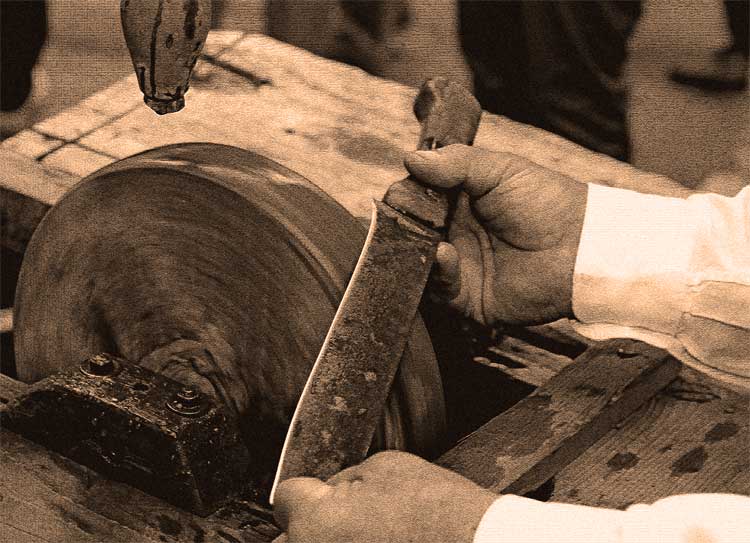 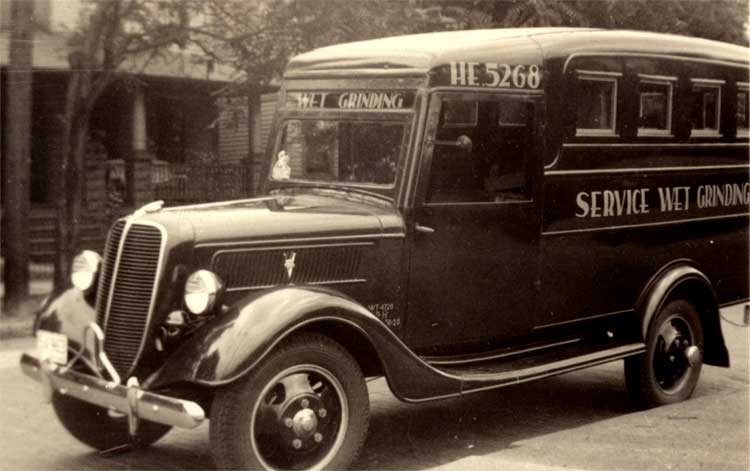 By 1926, Charles had moved the operations into a truck. The grinding and buffing wheels ran off of belts that were wrapped around the drive shaft of the truck. He also started a storefront restaurant supply and sharpening outlet at his residence near East 40th and Superior Ave. During World War II, this address gained some notoriety from the custom fighting knives Charles made for U.S. soldiers in the Pacific. They were made from cut-down Civil War swords, and their popularity with the soldiers was mentioned on the International News Wire in 1944.

Charles’ son, Charles Jr., started full time in the early 1950’s as the third generation to sharpen knives in America. By 1954, the business had outgrown the house. A brick building near East 9th and St. Clair Ave. became the shop’s new location. This change of address coincided with a change in how the knife sharpening business operated.  They were no longer sharpened on the truck at the customer’s site. Instead, the knives were now sharpened in the shop, and they rotated with a matching set of knives supplied to the restaurants or grocers. In 1961, the building on St. Clair Ave. was razed for construction of the Erieview Tower.  Service Wet Grinding Co. moved to 1867 Prospect Ave. in Cleveland by the end of 1961 which is where it sits today.

Table Top Paper Cutters
Free Pickup & Delivery!
*Free Pickup and Delivery Not Available for Residential Services, At This Time.
Share Us On...